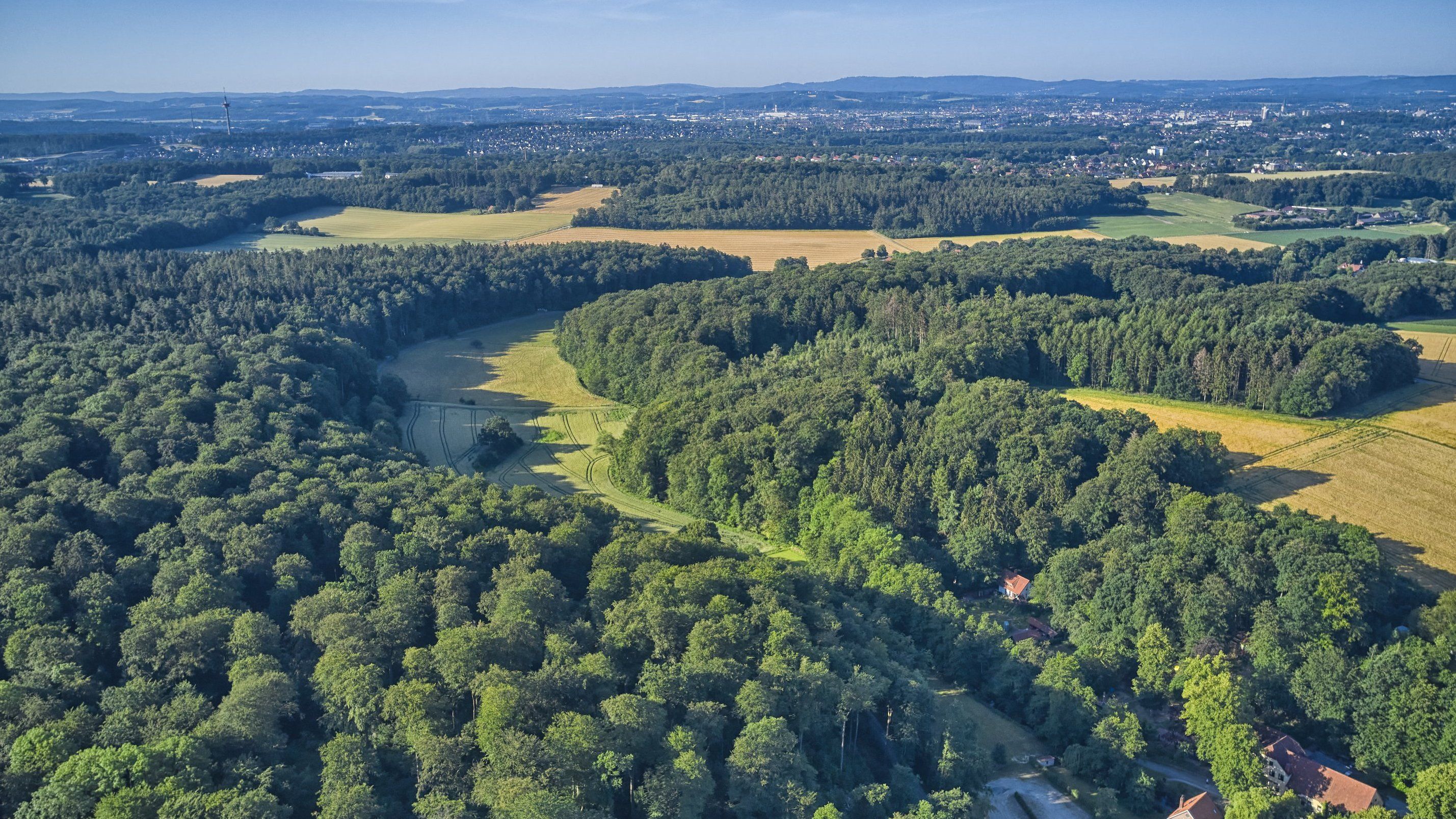 The route from Osnabrück to Papenburg via Haselünne was first marked as the Friesenweg in 1937, with a white "F" on a black background. The Friesenweg was the first connected primary hiking route planned by the Landesfremdenverkehrsverband (LFV) Niedersachsen-Weserbergland in this region. In the 1960s, extensive adustments were made to the route through Emsland due to the new regional planning system in large moors.

2002 saw the Friesenweg reopened after two tourist institutions, Emsland Touristik and Tourismusverband Osnabrücker Land, developed a "Friesenweg Programme" in the form of a ten-day hiking programme. Together with Wiehengebirgs-Verband, these two regional tourist associations published a new hiking guide via Landesvermessung und Geobasisinformation Niedersachsen (LGN). Between 2006 and 2008, the traditional Friesenweg was provided with the additional Hünenweg sign (blue h on a yellow background), with the route of the two hiking trails ranging from identical to similar.

Emsland Touristik and Tourismusverband Osnabrücker Land optimised the trail's route in terms of its tarmac coverage from 50% to around 20% and created additional furnishings for the route (shelters, benches, loungers). In 2008, the LGN released the route guide under the name of Hünenweg, replacing the previous route guide which was still called Friesenweg. Following this, the Friesenweg was officially renamed the Hünenweg. The reason for the renaming was that the name Friesenweg was misleading, as the route only runs through Osnabrück Land and Emsland, with (East) Frisia not being included.

As can easily be seen from the German, the name Hünenweg has its origin in the numerous Neolithic-era megalithic graves which line the route. 2018 saw the launch of the "UNESCO Global Geopark Cooperation DE/NL" Interreg project with funding totalling €1.6 million. One measure included in the project involves the further expansion of the Hünenweg from Meppen beyond the Dutch border to Groningen, thus creating a physical connection between the TERRA.vita UNESCO Global Geopark on the German side and De Hondsrug UNESCO Global Geopark on the Dutch side. The expansion runs behind Meppen through the Bourtange Moor – Bargerveen international nature reserve and connects to the Hondsrugpad on the Dutch side.

The Hondsrugpad owes its name to the Hondsrug, which constitutes the longest and largest of four upright boulder clay ridges in the reason which emerged during the Ice Age, covering a total of 70 km. Over the course of the project, new signs were created along with this website and an app on the first 20 stages, with a new route guide also being published by the publisher, Conrad Stein Verlag. Hasetal Touristik GmbH is handling the Hünenweg's commercialisation, offering not only day hikes, but multi-day packages as well.